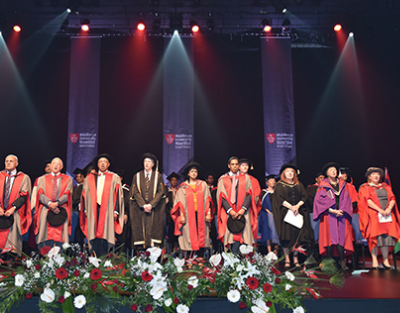 It was an absolute pleasure to be invited by the University of Middlesex in Mauritius on 20th July to award an Honorary Doctorate for contribution to African science and development, alongside my PEI colleagues.

The University of Middlesex in Mauritius held its sixth graduation ceremony at the J&J auditorium, Phoenix, amidst an overwhelming atmosphere of celebration and proud achievement for the 310 graduates being awarded their degrees after successful completion of their chosen undergraduate or postgraduate programmes.

The ceremony was presided over by the University of Middlesex’s Vice-Chancellor, Professor Tim Blackman, who addressed honoured and distinguished guests, academic staff and graduates with an inspiring speech.

In his speech, Professor Blackman affirmed that “At Middlesex, we pride ourselves on our advanced, practical education, our applied research and our incredible diversity, empowering our students to make a real difference in a multicultural world with the skills and outlook to be successful graduates.”

The ceremony was marked by the distinguished presence of the President of the Republic of Mauritius, Her Excellency Dr Ameenah Gurib-Fakim, who emphasised that:“in today’s competitive world, it is crucial to keep on learning, unlearning and relearning to remain relevant.

He continued, saying that, “readiness to continuously learn from the wider university of life is a skill that will ensure success in the global market.” 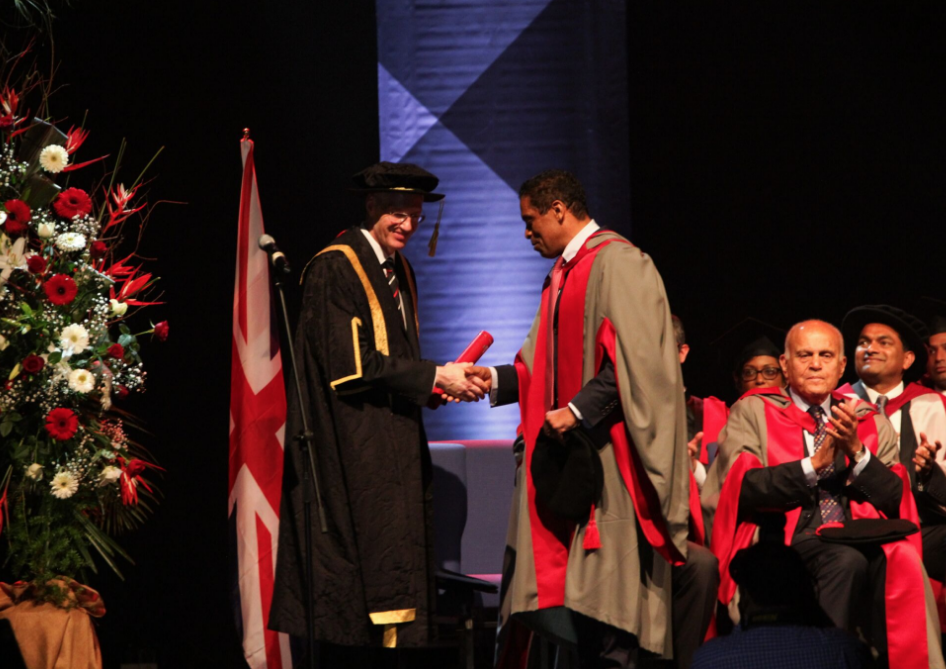