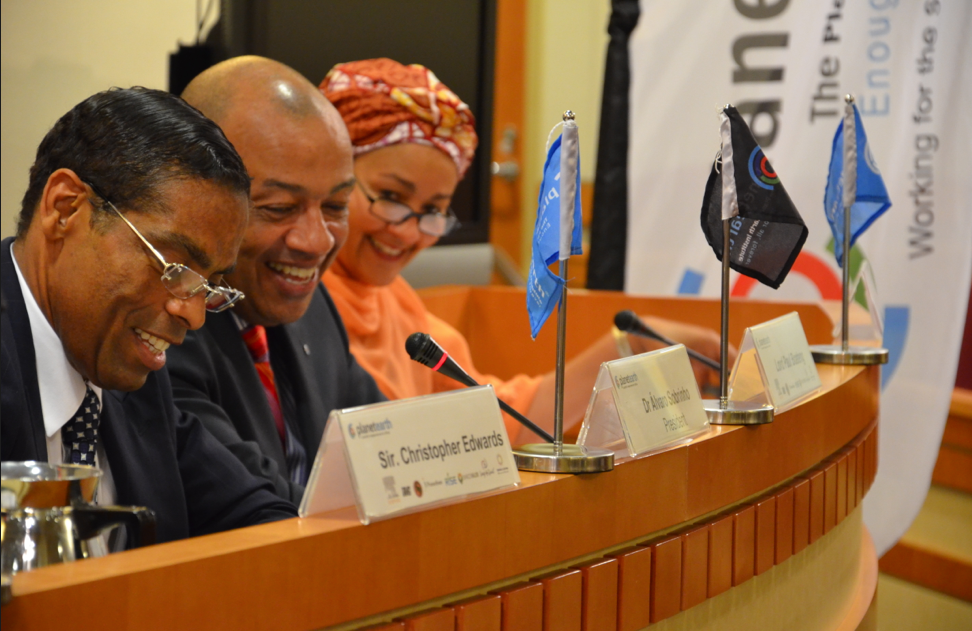 This week it was my pleasure to lead a delegation to the United Nations headquarters in New York, as part of our Planet Earth Institute (PEI) campaign to see science, technology and innovation play a key role in Africa’s Post 2015 world.

Hosted by Ambassador Téte António and the Permanent Obersver Mission to the UN of the African Union, and working with Ms Amina J. Mohammed, the UN Secretary General’s Adviser on Post 2015 planning, our conference gathered policy makers and African diplomats together to strengthen commitment to this agenda.

As priorities begin to be consolidated within the Post 2015 Open Working Group and, crucially, the other institutional frameworks emanating from Africa, it is particularly critical to continue to fight for the prominence of science and technology for our continent’s development, and to build support for the cause.

In my view and that of the PEI, no development agenda will be complete without addressing the critical issue such of Africa’s scientific deficit.

The figures are now well known, from the lowest tertiary enrolment rate (less than a quarter of the global average), to a scientific output that is still little more than 2% of global total, and that is being optimistic. One recent sample of African universities found only 17 capable of producing more than 20 published scientific articles a year.

While there has been much to welcome in recent years, in particular the landmark Common Position Paper for Africa on the Post 2015 agenda published just a few months ago, which places science and technology as the second pillar of our shared development goals, the international community can do far more in terms of clear frameworks and delivery mechanisms.

And in these delivery mechanisms and practical steps, I think one partner needs to emerge from the shadows: the private sector.

As someone who has spent my life in the private sector in emerging African economies, I see everyday the ability enterprise has to make scientific debates real and tangible, through job creation and investment in new technologies that can improve the daily lives of our communities.

But for too long, business in Africa has sought make a quick buck, drafting in skills from elsewhere to fill the gaps and in not investing in long-term and locally driven programmes that will aid technology transfer and sustainable development. For anyone working on the continent it is no secret; but it needs to change.

Our work this week is part of our continuing campaign for science and technology in the Post 2015 agenda. And it was fantastic to see such support and enthusiasm around the conference and in our private meetings.

We will continue to do our utmost to ensure Africa’s development path is underpinned by investment in science, technology and innovation and that business – as Amina Mohammed said ‘the newest partner on the block for the development community’ – step up to the plate and utilise their power to turn theory into reality.